A physician’s cross-cultural journey in medicine 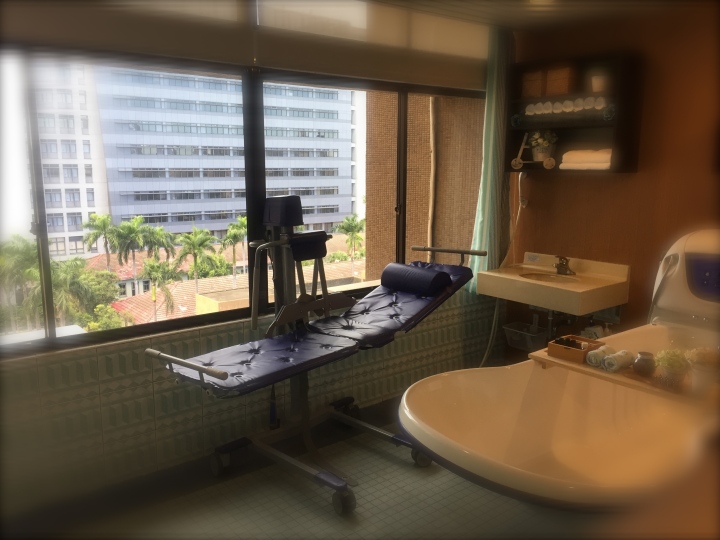 Doctor Tsao glances at his morning schedule — forty patients expecting to see him in his nephrology clinic at Kaohsiung Medical University, in Taiwan. It is an average day. He will spend five minutes, at most, with each of them. He prides himself on communicating well with his patients. Some of his colleagues will see eighty in a half-day session. I was dumbstruck by this information, and it must have shown on my face as they guided me through the hospital and explained the intricacies of the health care system on this island nation, a bit narrower than Puerto Rico but much taller, just off the coast of China. Taiwan prides itself on its independence from its gargantuan and paternalistic neighbor to the west, and culturally, as well as politically, the two countries are worlds apart.

Health care in Taiwan is a universal access system where people decide what specialist they want to see and can usually get an appointment the same day if they are willing to wait. They might see an otolaryngologist for a cold or a nephrologist like Dr. Tsao for back pain that they attribute to a kidney problem. It is also a fee for service system, the fees being a fraction of what they would be in the United States, so physicians are incentivized to pack in as many patients as possible on any given day.

I came to KMU, in the south of the island of Taiwan, to share ideas about integrating culturally competent care into the undergraduate medical education curriculum here. I had been collaborating with Peih-Ying (Peggy) Lu, Professor of Medical Humanities and Education at KMU, for several years and had joyfully accepted her invitation to travel across the world and join her at a conference she was hosting on the topic. Upon learning about these three to five minute visits and the swarms of patients waiting patiently in the waiting room for their brief turn with the doctor, though, I started thinking it was probably futile to expect medical students to explore their patients’ beliefs about health and illness, or to make special efforts to identify and overcome mistrust, or even to work with an interpreter. In fact, as I learned, there is no system of medical interpretation in Taiwan at all. Similar to what happened in the United States twenty years ago, patients are expected to bring a Mandarin-speaking family member, and if they couldn’t, then doctors are forced to rely on hand signals and veterinary medicine. I battled a moment of deflation when I wondered how I would spin patient-centered communication in a way that wasn’t laughable in this context. Then Dr. Tsao told me a story that gave me hope.

Mrs. H’s kidneys had failed. She had also developed severe anemia necessitating a blood transfusion, a procedure which she had refused. Dr. Tsao was somewhat perplexed. Patients in Taiwan don’t typically refuse treatment. If anything, they tend to agree with the physician out of deference and decide later not to carry out the ‘doctors orders.’ Rather than resorting to force of authority, however, Dr. Tsao simply turned to the patient and asked a simple question – Why?

I’m not sure exactly how he asked this, but it’s worth the exercise of pondering about it. Maybe he started by explaining that he believed the blood transfusion was very important for her health and he was concerned about her and wanted to understand why she wouldn’t want it. Maybe, in the interest of time, he just asked “why don’t you want the transfusion?” Either way, the decision to take the time to pose the question, and then listen to the answer, got him the information he had needed. As a devout Buddhist and vegetarian, Mrs. H would not want to contaminate herself spiritually with the blood of someone who ate meat.

Blood transfusions are not whole blood anymore as they were many years ago, he shared with Mrs. H. In fact, transfusions consist of purified red blood cells, all of the liquid serum removed and the cells cleansed of their contaminants. It was of course, ultimately, Mrs. H’s choice – and she agreed to the transfusion – but taking the opportunity, and the time, to share valuable information with her, might have helped to change the outcome in her situation in a way that did not betray her own beliefs, as a result, disengaging her from her own health care.

Of course, an expert in cross-cultural communication might wonder if that was too misleading. Maybe Doctor Tsao could have asked Mrs. H to speak with a Buddhist community leader first, to get some more direct advice on whether this practice was spiritually acceptable. What lifted my spirits about this story, as a physician and educator who cares deeply about the wellbeing of the people he cares for, as well as about what we teach future physicians in medical school, as Dr. Tsao does too, was the idea that culturally competent care can happen, and it can happen anywhere, in Kaohsiung, just as in Boston, Lausanne or Ponce, Puerto Rico. It can happen in two minutes or in twenty. And, though we may not be able to fix the health care systems that keep closing in on our freedom to practice our art (at least not very quickly), if we remember how to ask the right questions and, above all, to really listen to the people we are caring for, then maybe one, or more, of those forty patients here or on a balmy Taiwan morning might end up with a better health outcome, their cultural values and intimate beliefs not forsaken.

Alexander R. Green is Associate Professor at Harvard Medical School, and Arnold P. Gold Professor.  He has authored articles on topics including cross-cultural education, culturally competent health care systems, and language barriers and interpreters, and has served as an invited lecturer and visiting professor nationally and internationally. His work on racial/ethnic disparities in health and cultural competence has been funded by the US government, foundations, and private donors. He was the lead medical consultant for a documentary film and education project called Worlds Apart, designed to teach health professionals to better care for patients across cultural divides, and used by hundred of health care organizations. His current research and programmatic interests focus on culturally competent approaches to quality improvement, clinician biases as root causes of racial/ethnic disparities in health care, and cultural competence education for health professionals.

Dr. Green received his Bachelor of Science and medical degree from theUniversity of California, San Diego, and completed his residency training in internal medicine at the New York Hospital—Cornell Medical Center. He joined the faculty at Cornell where he completed a National Health Services Corps fellowship at a community health center in Queens, New York and developed a teaching curriculum in cross-cultural medicine. He served as Associate Director of the Primary Care Internal Medicine Residency Program at Cornell and Assistant Professor of Medicine. In 2005 he completed a mid-career research fellowship and Masters degree in Public Health at Beth Israel Deaconess Medical Center and Harvard School of Public Health.

Literature, Medicine, & Everything Else That Makes Us Human

Stethoscopes & Pencils is a literary collaborative through which to tell stories that explore our human condition  via the intersections between science and the art of medicine, humanism and literature.